10 Wedding Traditions You Should Totally Break

Rules are made to be broken–even on your wedding day. After all, some traditions don’t necessarily stand the test of time. So if you’re feeling confined or constrained by what you’re supposed to do on your big day, throw off the chains. It’s your wedding, which means anything goes.  Read Full Article >>

How to Throw the Ultimate Repeal Day Party

Prohibition was repealed 80 years ago, so it’s time to celebrate.

December 5, 2013 marks the 80th anniversary of the Repeal of Prohibition—certainly an occasion worth celebrating with a splash. That’s why we tapped party-planning experts for tips on how to host the ultimate Repeal Day soireé.

LOUISVILLE, Ky. (WDRB) — The Kentucky Derby is known as the greatest two minutes in sports, and lots of people want to celebrate the big race all day long! From invitations to hors d’oeurves, Kelly Davis talks with Lea Rhea with 502 Events to get a few tips and fun ideas on how to help you throw a great Kentucky Derby party.

Secrets of the Chefs

The Ice House on Main Street was a bustling center of activity, literally buzzing with action when I arrived to interview Crushed Ice Events’ Executive Chef, Laurence Agnew. Construction workers were finishing work on this unique venue while event coordinators were planning to make good use of the newly renovated space. I looked over an artist’s rendering of the completed project and admired the versatility of the place, briefly considering how many great memories were soon to be made at this cool location.

Q: Tell us a little about yourself, where are you from? 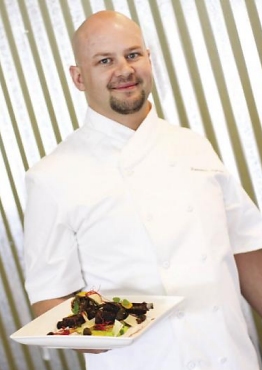 A: I was raised in Baton Rouge. However, my parents are originally from Northern Ireland. Both of them love to cook, so the kitchen was a center of activity in the house. After attending the Louisiana Culinary Institute, I went on down to New Orleans, where I lucked out and got a spot on the pre-open team for the new Four Seasons Hotel. It was quite a feat for someone fresh out of school and still wet behind the ears. That opportunity culminated in a sous-chef position at Victors in New Orleans, where I had the good fortune to work under Frank Brunacci. I had moved on and was working for John Besh at Restaurant August when Frank called me one day with an opportunity to join West Paces Hotel Group. I couldn’t pass that up so I went out west, working in Sedona and Carefree Arizona. I eventually went overseas to Ireland, where I launched two luxury brand hotels in Cork and Donegal. My wife Tina Alexander is a Louisvillian, so when it came time to move back to the States, Louisville was a natural choice. I was very attracted to Louisville and its food scene. It was here that I was introduced to Crushed Ice Events and came on board and I have not looked back!

Q: How were you trained?

A: In a very modern French style by Frank Brunacci. Put the focus on the food and use local, seasonal and sustainable produce. My instruction at Louisiana Culinary Institute was very rigorous and classic. If you were left-handed you would have to use your other hand, and you’d better make sure to iron your chef coat!

Q: What do you like to prepare when you have friends over?

A: Well it depends on where they are from, but introducing guests to some Cajun comfort food is always fun. A well done crawfish boil is a great way to entertain.

Q: Chef, can you give the home enthusiasts a tip?

A: One of the best things you can do is getting rid of that iodized salt! It is such a simple thing, but it makes a huge difference. I have been known to bring gifts of kosher salt to people who need a little hint!

Q: What is your favorite philanthropy or charity?

A: I’m a big supporter of the American Cancer Society. Leukemia claimed my grandfather, so that’s one cause that is very close to my heart.